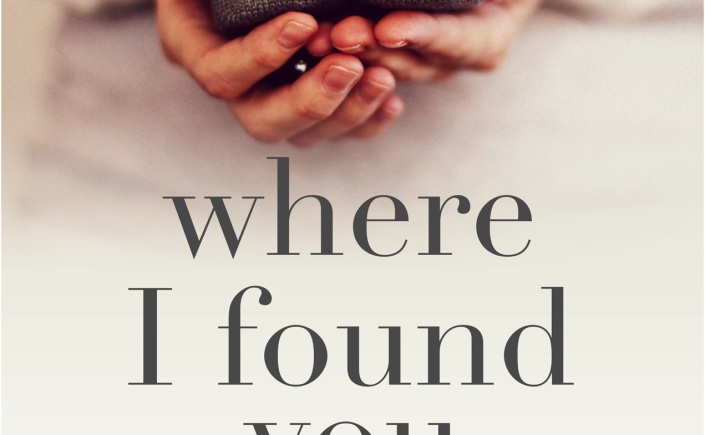 What was your inspiration for the novel?

My initial inspiration for Where I Found You actually came from a park bench!  I was out jogging through a local wood one morning (which makes me sound far healthier than I am…) when I noticed a bench tucked away next to a duck pond.  I imagined all the people who might have sat down on it and the stories the bench could tell.  It made me think of another bench that I used to sit on at the side of the lake in Sefton Park.  It was a favourite spot of mine and it was little wonder the park had already featured in my second novel Another Way to Fall.  I distinctly remembered sitting there alone on the bench, heavily pregnant with my first child and wondering how my life was about to change and how I would cope.  As I continued on my run, I could almost imagine a ghostly impression of myself still sitting there all those years ago…

When I arrived back home huffing and puffing, I was still thinking about that bench only now I was imagining what would happen if two strangers sat down and began talking, what if they shared the same kind of problems and sparked up a friendship but then, what if they came from completely different eras?  It was all those ‘what ifs’ that developed into the premise for the story and a couple of years later it had grown into a full length novel.

Maggie is visually impaired and Elsie suffers from Alzheimer’s; how much research did you have to do into these areas?

For Maggie, most of my research was through reading autobiographies, websites and online forums but I also have a friend whose son is blind and she helped too.  My friend volunteers for Henshaws Society for the Blind and she was able to put me in touch with a mum who is visually impaired and has two daughters.  I met the mum and she gave me a lot of ideas for the finer detail I could add to Maggie’s day to day life, the help she might receive and also some of the barriers.

Are Maggie and Elsie based on anyone in particular?

Where I Found you is dedicated to my grandparents and with good reason.  My Nan had dementia in her latter years and I thought a lot about her when I wrote about Elsie.  I wouldn’t go so far as to say Elsie was based on Betty McCulloch, my Nan certainly didn’t have the same chequered history, but some of those early signs of dementia were from my own recollections of my Nan’s illness.   And I should also add that Elsie’s husband Ted is very much based on my granddad who, unsurprisingly, was also called Ted.  One of my aunts lived in Surrey and whenever she came to visit, my granddad would always ask her when she was going home as soon as she arrived – it wasn’t that he wasn’t pleased  to see her, it was just ‘his way,’ and my fictional character just happens to have adopted the same kind of traits.

Maggie on the other hand is pure fabrication but if I was ever lost and alone sitting on a park bench, I’d quite like to have someone like Maggie come up and sit next to me.

Is Judith’s behaviour towards Maggie a critique on society’s understanding of blind people?

Where I Found You is a work of fiction and I think there are quite clear lines between the vast majority of my characters who accepted Maggie and saw beyond her disability and those who didn’t.  I’d like to think that I’ve taken a good measure of poetic licence to exaggerate some of the prejudices that Maggie’s mother-in-law Judith displays but having spoken to a mum with partial sight and reading some of the forums online, unfortunately there’s evidence that suggests that there are real-life versions of Judith out there.  My only hope is that, like my character, prejudices can be overcome with enough perseverance.

What is the significance of aromatherapy in the novel?

It was a real challenge to describe Maggie’s world from her perspective and not rely on visual descriptions.  I dabbled with aromatherapy in my earlier years and it seemed the perfect career choice for my heroine.  It was certainly a voyage of discovery as I set about writing the scenes with Maggie and very early on I came up with the idea of how she might colour her world with scents.  I loved creating scenes with lavender blue skies and a lemon sun and could have written so much more into my descriptions but I had to restrain myself otherwise the novel would have been twice as long.  I hope what the reader is left with is tantalising glimpses of how Maggie’s mind creates imagery through aromas.

What made you want to explore the theme of motherhood in this book?

Motherhood has been a feature in much of my writing because it’s means so much to me personally. I think the relationship a mother has with her children can provoke such an intense range of emotions that as a writer there’s a treasure trove of ideas and storylines waiting to be tapped into and much of what I write has an element of my own experience. I was an expectant mum sitting alone on a park bench wondering how I was going to cope, and unfortunately, like Elsa, I was also someone who held my child in my arms knowing that it would be for the last time. The circumstances were different but the pain Elsa’ feels at times comes from the author.