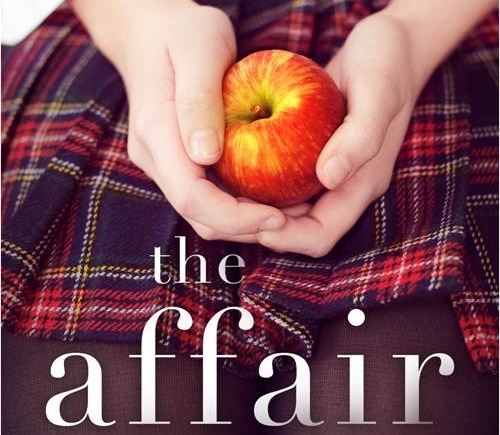 Can you tell us a bit about your inspiration for The Affair?

The Affair was one of those books that began with the germ of an idea that mutated into something completely different. I don’t recall what triggered that first inkling of a story, but I remember visualising a young teacher walking out on her classroom and her career, leaving her students stunned. She was meant to be my main character, but if you’ve read The Affair, you’ll realise that it’s one of the school girls I imagined in my initial musings who becomes the focus of the story. The book is unrecognisable from the original outline and is the result of many interesting chats with my editor, Martha Ashby as we played with the lives of Scarlett, Nina and Vikki.

Your books often centre around ideas of motherhood, or parenthood, and then often on what could be termed ‘a parent’s worst nightmare’. Is there anything in particular that keeps you writing in this vein?

We all take on different roles in our lives, both professionally and personally, and for me, the most important role I’ve ever had is that of a parent. It’s a huge responsibility and not without risk, and like many mothers, I started worrying about my two children from the moment I discovered I was pregnant with each of them. Unfortunately, no amount of worrying can prepare you when bad things happen, and I had to endure one of those ‘worst nightmares,’ when my young son died from cancer. My experience has made me painfully aware of how fragile the relationship between a parent and a child can be, and I think that translates into my writing as well as my everyday life. Having an overactive imagination is essential to being a writer, but from a parent’s point of view, it can be curse. I have a beautiful, talented and amazing daughter who is in her twenties now, and writing The Affair allowed me to exorcise the ghost of one of those nightmare scenarios that my mind had conjured through her teenage years; which I’m pleased to report never came to pass.

In The Affair, you very cleverly play with the idea of how far we would go for love – parental love, marital love, forbidden love. Do you think there are limits to these kinds of love?

There are quite a lot of relationships that are examined in The Affair, including Nina’s relationships with her children and her new husband, Vikki’s relationships with her husband and her mum and, most challenging of all, Scarlett’s relationship with her unnamed lover. Every one of these is tested in the course of the novel and my characters have to decide how far they’re prepared to go for love, and what they’re willing to sacrifice. I think by the end of the book, Nina, Vikki and Scarlett come to realise exactly where those limits are and that love isn’t so blinding once doubt has taken hold.

Was it difficult writing about The Affair from fifteen year old Scarlett’s perspective?

I had to think long and hard about how I was going to describe the affair using Scarlett’s voice. Underage sex is a difficult and very emotive subject and I’m sure there are examples of fifteen year old girls who find the love of their life and go on to lead happy and fulfilling lives. That’s certainly where Scarlett thinks her love affair is leading, and the challenge for me was to show how she was the victim even when she didn’t recognise it herself. Although it’s only ever Scarlett who describes her time alone with her lover, I hope the reader is under no illusion that this could be anything other than abuse.

The Affair has a lot of different characters, do you have a favourite one to write about?

That is such a difficult question, it would be like choosing a favourite child. In The Affair, I write mostly from the perspective of Nina, who is Scarlett’s mum and Vikki who is the wife of Scarlett’s teacher, and I enjoyed writing both of their stories. I loved the ‘then and now,’ aspect of the novel where I could contrast their understanding of what was going on at the time, with what they were able to see with hindsight. I would also add that I really enjoyed writing in Scarlett’s voice. She’s the only character I write in the first person so she becomes more of a narrator who lets the reader in on some, if not all, of her secrets.

The story draws on some serious issues that happen in real life not just fiction that makes it all the more significant and interesting. Who do you think will find The Affair the most relatable?

I’m hoping the book will appeal to a wide audience. Although the main focus of the story is the inappropriate relationship between an older man and an underage girl, I explore lots of other relationships too; husbands and wives, mothers and daughters, friendships. For me personally, I related most to Nina because of her relationship with Scarlett. My daughter is twenty one now and I’m so proud of the young woman she has become, but I worried all my way through her teenage years. I suppose I feel guilty putting Nina through one of those ‘worst nightmare,’ scenarios, and I’ll confess, I was crying buckets when I wrote her final scenes with Scarlett.

What gave you the idea to write about a fifteen year old girl?

I’m the mother of a beautiful, twenty one year old daughter, and although we made it through the teenage years relatively unscathed, I doubt I was the only parent to have worried that things might go horribly wrong. No matter how hard we try to prepare our children for adulthood, those teenage years can be tough, and I’d say even more so these days. Scarlett is the product of one of my fears; she is a young girl who is doing well at school and has a good relationship with her mum until someone new comes into her life. Suddenly there’s someone else exerting his influence on Scarlett and the last person Scarlett wants to listen to is her mum.

How long did The Affair take you to write?

Although I’m now writing full time, I still had a day job when I wrote The Affair, and had the added pressure of writing two books a year. It’s no surprise, therefore, that time was critical and writing pretty much occupied all of my free time. I worked on this book for probably ten months, but I was also writing The Goodbye Gift during much of that time, so I’d guess I spent about six months specifically on The Affair. The first draft took over three months, which was longer than expected but with good reason. I was about two thirds of the way through when I had a long chat with my editor and we changed the structure. It meant the first draft also became what would have been the first rewrite, but it worked amazingly well and meant that the following rewrites were relatively easy.